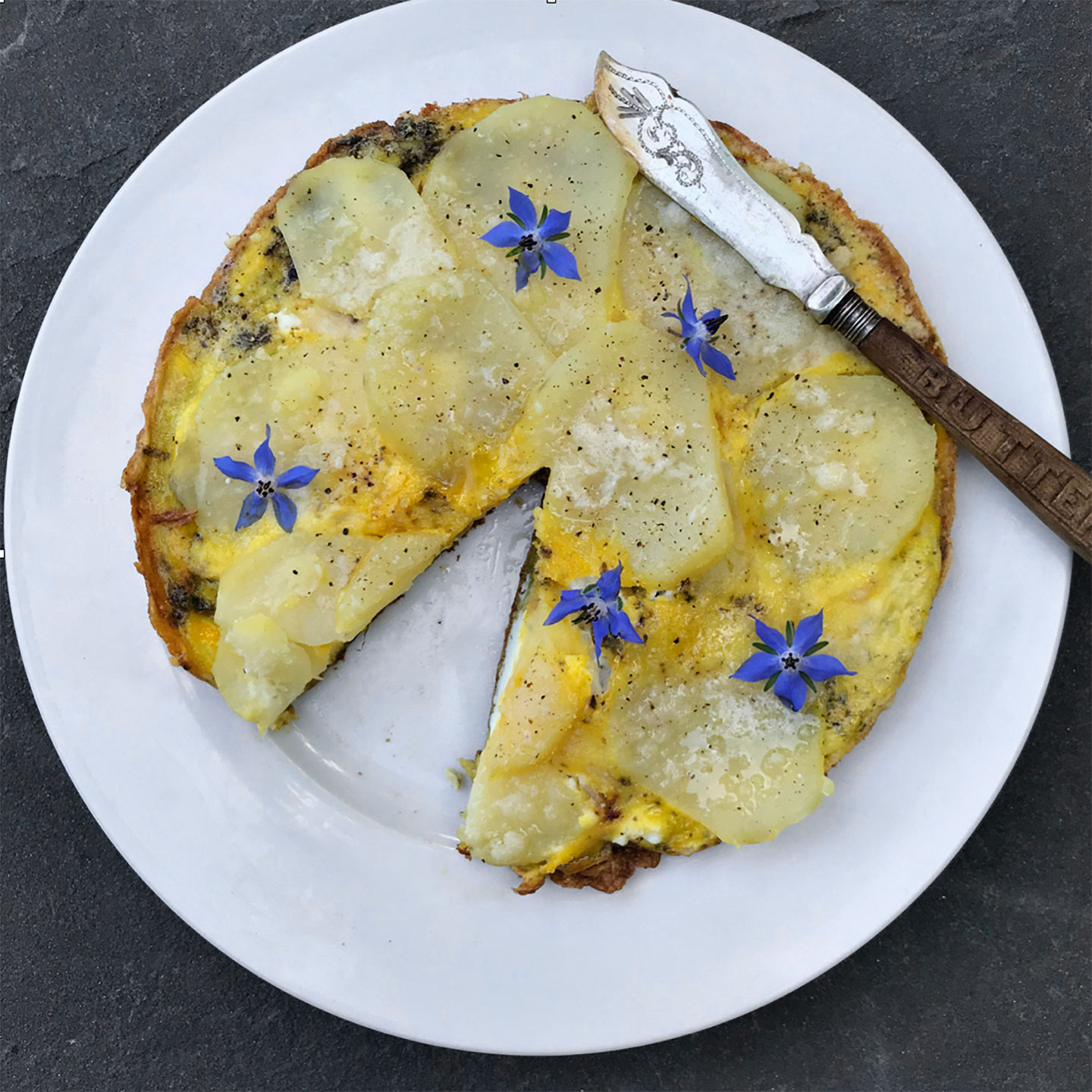 An Italian frittata is a round, flat, thick omelet. Many cooked and uncooked vegetables, herbs and spices can be used to create your own favorite frittata. It is a great way to use leftovers. In Spain, they call a potato frittata an omelette. Drizzled EVOO can make all the difference in the world. I like to use the Picual variety of EVOO to give some kick it up a notch.

You can use any and all of the herbs.

Suggested vegetable combinations are listed below. It all depends on your imagination, the season, and what you find at the market or in your garden.