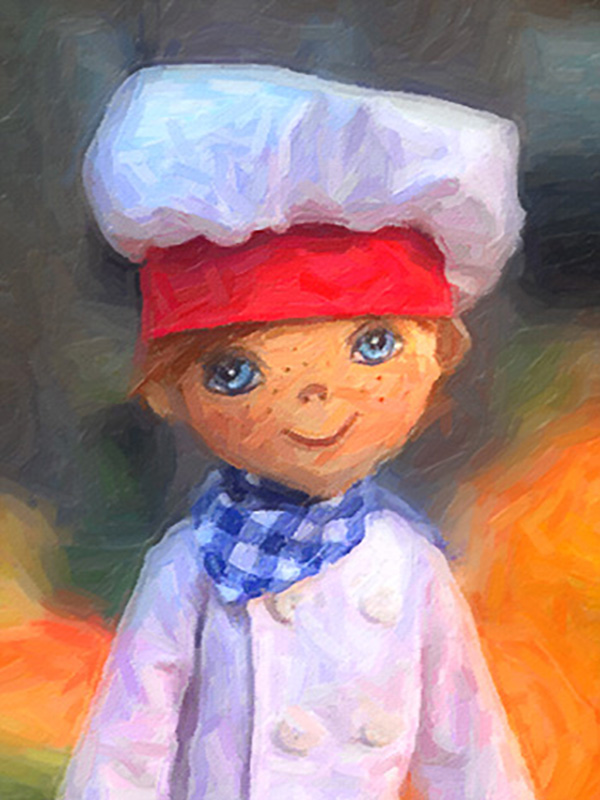 Many people wonder how I got my nickname – RoShamBo. So, before we begin our journey, I’ll share my story with you. When I was a young boy, much smaller than I am now, my mom taught me a game called “Rock-Paper-Scissors” otherwise known as Rochambeau (Ro-Sham-Bo) in French. I fell in love with the game, and played it to settle any and everything. Ro-Sham-Bo would determine what adventure we went on that day; who would pick the greens for that night’s salad; or whether Panther or I would do the dishes after dinner. My mom would always hear me in the other room, repeating the words “Ro,” “Sham,” “Bo” over and over again. Finally, she just started calling me “RoShambo” and it soon became my nickname.

What about the “Chef” part of my name, you ask?

Before I learned how to cook, teachers described me as “all over the map” because I often daydreamed in class and had a tough time sitting still. Cooking gave me an outlet for all of my restless energy. I went from being a kid who was “all over the map” to a culinary explorer, cooking recipes from all around the world.

When my Mom began teaching me to cook, we started with French cuisine because she loves everything French. After I learned basic French cooking techniques, I was able to apply them to new dishes that I invented on the spot. This is what I call improvising. Before I knew it, I went from plain old RoShamBo to Chef RoShamBo. 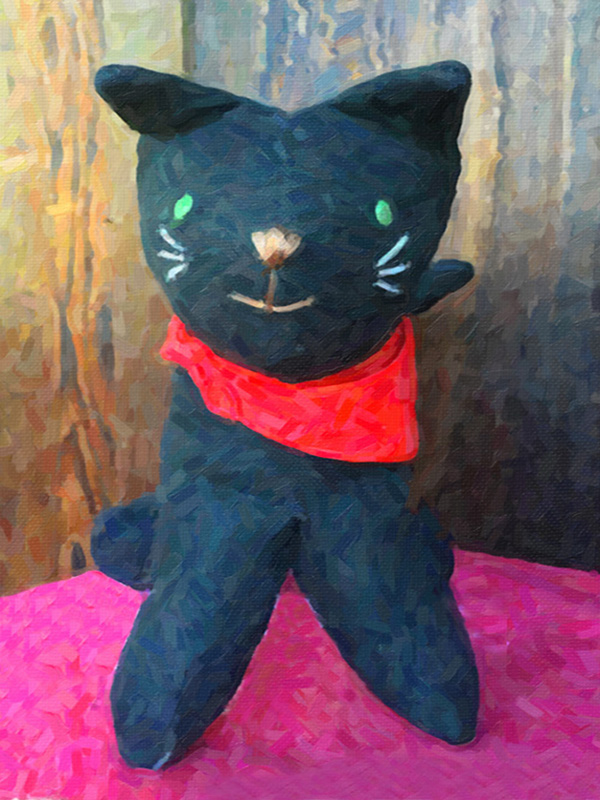 Allow me to introduce you to my best friend—an adventurous black cat named Panther. Like all good friends, he is always there for me, both inside and outside of the kitchen. Panther was born in a small French village in the region of Bordeaux (Board-O), and was adopted by a chef named Jean-Pierre, who owned a restaurant called Chez Jean-Pierre. Panther’s job was to rid the kitchen of rodents. In exchange, Jean-Pierre gave him nightly helpings of fresh fish and the occasional morsel of steak. Panther grew up attentively watching Jean-Pierre make traditional French food, and over time he learned all of the basics of cooking.

One day, he decided it was time for him to leave his humble roots and set sail to see the world. He said goodbye to Jean-Pierre and waving his paw, he set off in a catboat, called The Carpe Diem, bringing with him a fishing rod and a Swiss Army knife, a book of constellations, and a map of the world. He spent his days watching the clouds and catching fish. At night, he would use the constellations to stay on course, following the North Star, Orion and the Big Dipper. Eventually, he would fall asleep drifting under the stars.

One morning, Panther’s catboat washed up on a shore near our house. I had gone down to go crabbing off our local pier, when I saw Panther fishing from it with his legs dangling off the end. We struck up a conversation and I knew immediately that we would become friends. I invited him to my house for a hearty meal with my family and a good night’s sleep. Without a moment’s hesitation, he grabbed his gear and followed me home. The rest is history. He has lived with us ever since as part of our family.

Panther loves to play and sleep in the garden, but if I ever need him for guidance in or out of the kitchen he’s by my side at the snap of my fingers. 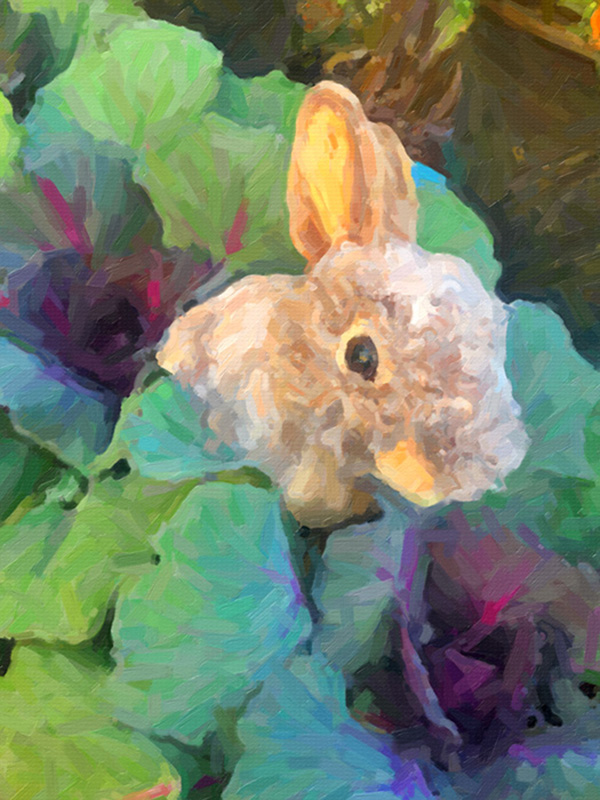 Panther’s best friend (besides me, of course) is a rabbit named Colette who has soft brown eyes, honey colored fur, and a stubby white tail that looks like a cotton ball. Colette magically appeared in our garden one summer day. She had squeezed under our fence just in time to escape the clutches of a grey fox that had chased her from the nearby woods. Colette was panting with exhaustion and looked very frightened, so Panther brought her a plump red strawberry wrapped in a lettuce leaf to make her feel welcome. They became instant friends and Colette became part of our family.

My dad and I made a rabbit hutch that we keep on our screened porch. We painted a sign over the entrance to the hutch that reads, “Colette’s Cabin,” and covered the floor with straw. Sometimes during the winter, Collette likes to curl up at the bottom of my bed using my old “baby” blanket as her nest.

Colette loves fruits and vegetables and, over time, has become quite the expert in judging when to pick the ripest and most succulent of each variety. She quickly became our trusted “Garden Guide.”